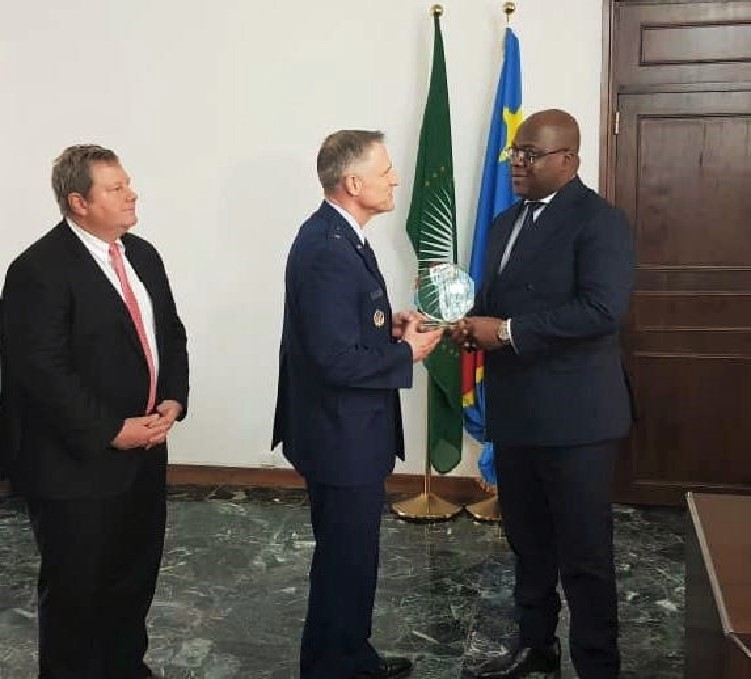 Dialogue centered on the role military cooperation could serve in advancing the U.S.-DRC Privileged Partnership for Peace and Prosperity. Brig Gen. deMilliano and interlocutors discussed the many security challenges in eastern Congo and strategies for achieving peace and stability, including the key role of MONUSCO.

Brig Gen. deMilliano, U.S. Ambassador Mike Hammer, and Congolese officials discussed the need to professionalize the Congolese military, including improving respect for human rights, addressing corruption, and ending impunity. They noted the DRC’s significant progress in ending the use of child soldiers and expressed a commitment to making further progress towards addressing human trafficking. Brig Gen. deMilliano also called for justice in case of the 2017 murders of UN experts Michael Sharp and Zaida Catalan. To further advance these important issues, President Tshisekedi is committed to a bilateral Human Rights dialogue later this year.

The visit was the first by a U.S. Africa Command General to the DRC since AFRICOM Commander General Waldhauser accompanied U.S. Ambassador to the United Nations Nikki Haley to Kinshasa in October 2017.