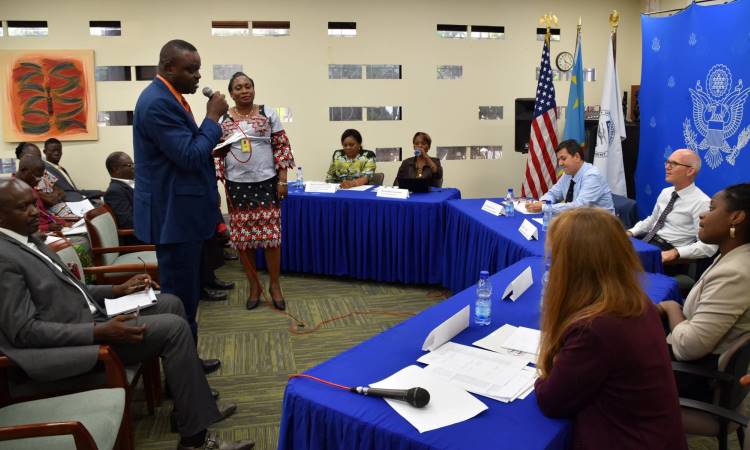 On December 7, 2016, the U.S. Embassy Kinshasa held a panel discussion to showcase the United State Government support on the fight against Sexual Gender-Based Violence (SGBV) in the DRC and sensitize the audience on the recently adopted Code of Conduct to fight SGBV in school environments. This press roundtable was held as part of the international “16 Days of Activism Against GBV campaign.” The U.S. Ambassador James C. Swan, USAID Mission Director Christophe Tocco joined the panel, along with two USAID office directors (Health and Education), Bernadette Kamango, an Independent Congolese Journalist, and Marie Nyombo Zaina, Head of RENADEF, a network of women’s organizations and NGOs. During the discussion, a 19-year old human rights Activist, former GBV survivor from Goma in North-Kivu shared her story to remind the audience that GBV affects human beings and there is a need for victims to speak out in order to sensitize our society.