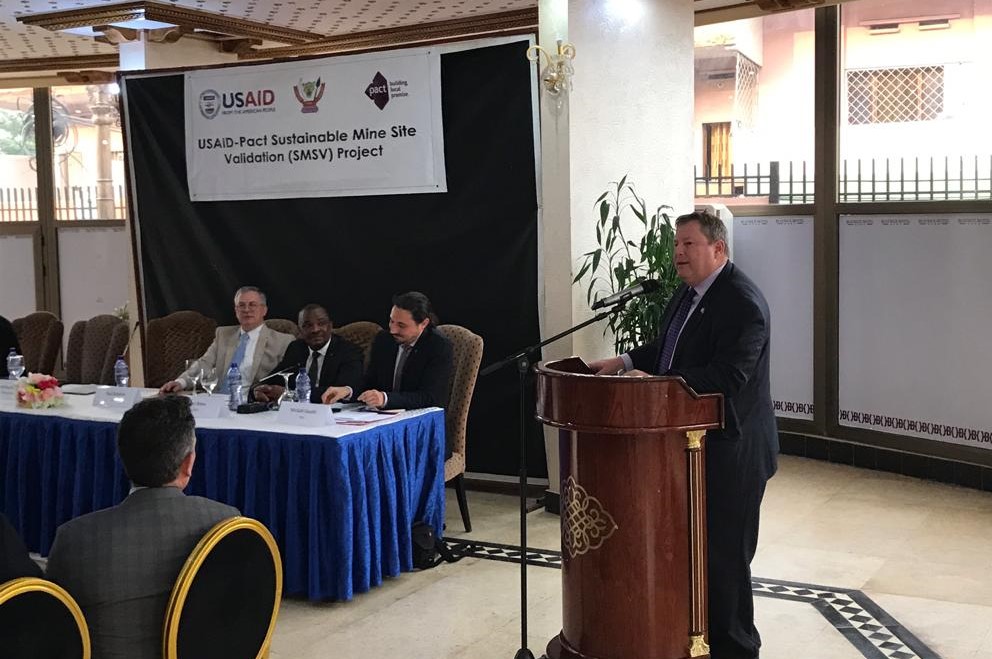 The U.S. government, through its Agency for International Development (USAID), is pleased to announce the award of a new USAID-funded mine site validation project in North and South Kivu. The $3.7 million USAID-funded Sustainable Mine Site Validation (SMSV) project, implemented by Pact, will help counter illegal activities such as child labor, violence and other human abuses.

The validation process verifies that no armed groups are present and that the mine has the legal authority to operate. This process is the first step to ensuring minerals are sourced responsibly and conflict-free, which contributes to broader peace and stability in the region.

“The United States wants to increase its positive role in advancing Congolese economic prosperity by investing in and trading with the Congolese mining sector. But to increase the presence of U.S. companies – which are more committed to improving the local communities in which they work than companies from any other country – in the DRC, we must ensure mining sites are operating legally and transparently,” U.S. Ambassador Mike Hammer noted at the award signing ceremony with Pact.

“The validation of artisanal mining sites is an important initial step in combatting illegal activities in mines such as using child labor, working with armed groups, and violating human rights.” said Paul Sabatine, USAID Country Director in the DRC. “The USAID-funding SMSV project will help verify the legality of mining sites.”

About USAID in the DRC

USAID, a U.S government agency, works hand in hand with the Congolese people to implement more than $350 million per year in the areas of health, education, good governance, humanitarian assistance, agriculture, human rights, and environment.