Home Page d'accueil | News & Events | The U.S. is Providing $98 Million in Assistance in the DRC in Response to the Ebola Outbreak 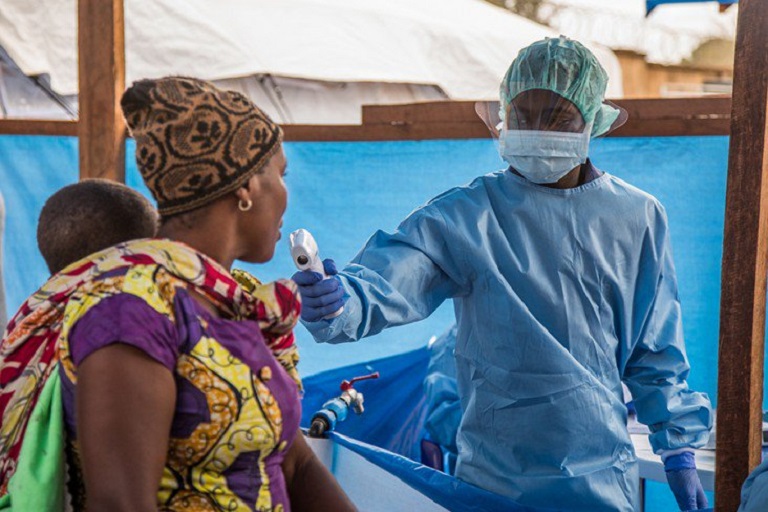 The United States is providing more than $98 million in the Democratic Republic of the Congo (DRC) in response to the Ebola outbreak since it began in August 2018.

Last month, USAID Administrator Mark Green visited Ebola-affected areas in the DRC to observe programming and response efforts and met brave local community leaders and the health care and partner staff responding to the outbreak. In response to the Administrator’s dialogue with community leaders and calls for increased transparency, USAID is now providing regular updates on funding and key areas of support to the response. With this funding, USAID is providing lifesaving assistance, including infection prevention and control activities, training for health care workers, community engagement interventions, promotion of safe and dignified burials, and food assistance for people and communities affected by Ebola. This assistance is also bolstering preparedness efforts in Goma city for communities at risk of Ebola.

As of July 1, health officials have reported at least 2,338 confirmed and probable cases, including at least 1,571 related deaths in North Kivu and Ituri provinces. This Ebola outbreak is the second largest recorded outbreak of the disease, eclipsed only by the 2014 West Africa epidemic that killed more than 11,000 people. This outbreak presents a unique set of challenges, including insecurity and difficulty earning community acceptance for the response. A robust, unified response by the Government of the DRC, United Nations, other Great Lake countries, the United States, and the international community in partnership with local communities must occur and is critical to stopping the spread of the disease

In September 2018, USAID deployed a Disaster Assistance Response Team (DART)-comprising disaster and health experts from USAID and the U.S. Centers for Disease Control and Prevention-to the DRC to coordinate the U.S. Government response to the outbreak. The United States is the largest bilateral donor to the Ebola response in the DRC. As we continue to scale up our assistance for the outbreak, we strongly encourage additional contributions from other donors to meet the needs of people affected by this outbreak and bring it under control as soon as possible.