Home Page d'accueil | News & Events | The U.S. Announces More Than $21 Million in Additional Humanitarian Assistance to Contain the Ebola Outbreak in the DRC 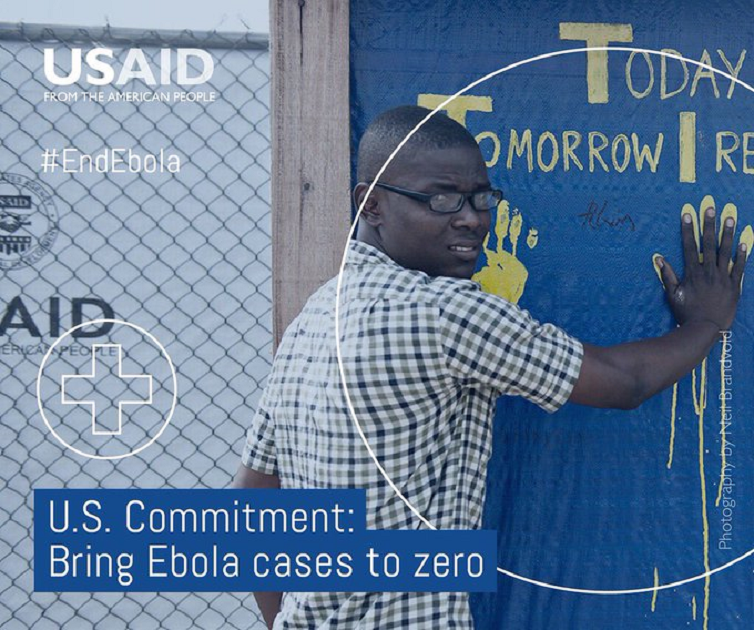 Through USAID, the United States is working with partners to provide life-saving assistance to communities affected by Ebola.

The United States, through the U.S. Agency for International Development (USAID), is providing more than $21 million in additional humanitarian assistance to help end the ongoing outbreak of Ebola in eastern Democratic Republic of Congo (DRC).  This brings total USAID funding for the Ebola response efforts to nearly $158 million since the beginning of the outbreak in August 2018, including for regional preparedness activities in neighboring countries.

With this funding, the United States is working with partners to provide life-saving assistance, including measures to prevent and control infections in health facilities, enhanced disease surveillance, training for health care workers, communities, promotion of safe and dignified burials, and food to support people and efforts to engage communities affected by Ebola.

The United States is also supporting regional preparedness efforts in the Republic of Burundi, Rwanda, South Sudan, and Uganda.  The funding announced today is in addition to contributions from other U.S. Government Departments and Agencies and the U.S. private sector.

In addition to being the second-largest outbreak of Ebola on record, this crisis has a unique set of challenges.  The disease has taken root in an active conflict area that has been facing years of ongoing fighting.  On top of navigating the continuing insecurity, responders are also working to build trust in a region where decades of exploitation and marginalization have led to a strong distrust of outsiders.  Despite these challenges, the United States remains committed to helping the people affected by this outbreak.  The United States is the largest single country donor to the Ebola response, and has a Disaster Assistance Response Team made up of disaster and health experts from USAID and the U.S. Centers for Disease Control and Prevention within the U.S. Department of Health and Human Services.  This team continues to work with the U.S. Embassy in Kinshasa, humanitarian partners, and the Government of the DRC to help contain this outbreak and bring it under control.

Stopping the spread of Ebola requires a concerted, unified effort from the entire international community including the United Nations, United States, and regional countries – all in close partnership with the Government of the DRC and local communities.  USAID is pleased with the progress on the fourth Strategic Response Plan for the outbreak under the leadership of UN Ebola Coordinator David Gressly and is looking forward to scaling up assistance and continuing to advocate for an integrated multi-sector response.  USAID strongly encourages other donors to provide additional support to help end the outbreak.