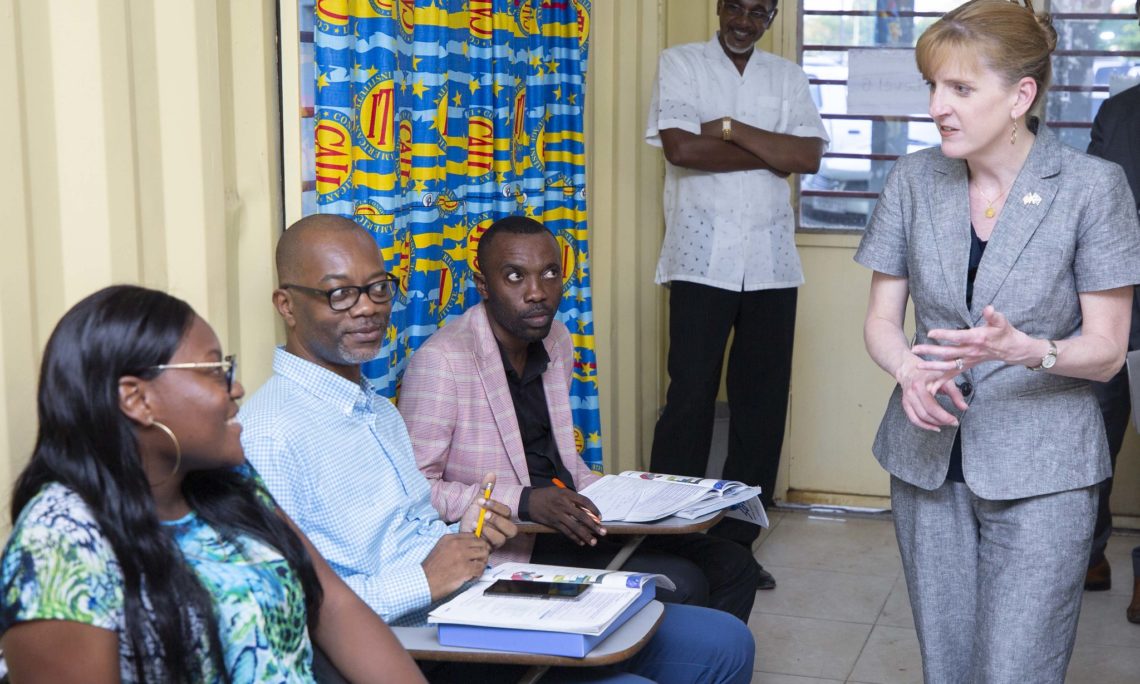 State Department’s Director of the Office of Central African Affairs Melanie Higgins traveled May 7 to 9 to Kinshasa where she focused on furthering the U.S.-DRC Privileged Partnership for Peace and Prosperity initiative launched as a result of President Felix Tshisekedi’s recent visit to Washington.  During her three-day visit, she discussed strengthening economic opportunities, addressing security in eastern Congo, strengthening human rights, combatting corruption, supporting the Ebola response, and promoting women’s participation in all aspects of society.  Ms. Higgins met with the Secretary-General of the Ministry of Foreign Affairs Christian Atoki Ileka, advisors to President Felix Tshisekedi, newly elected female parliamentarians, Congolese English language students, and Americans officials working on the Ebola response, among others.

“The DRC’s new president, Felix Tshisekedi vision is very much in tune with efforts the United States can support.  He is talking about fighting corruption, he is talking about boosting the economy to create more jobs, he is talking about ensuring that the Congolese people are put first and foremost.” Consistent with the partnership the U.S. is interested in strengthening with the DRC, in her meeting with MFA General Secretary Ambassador Christian Atoki Ileka, she discussed increasing business ties with the U.S. companies, advancing plans for the U.S. Embassy’s new embassy compound, and the possibility of increasing visa durations for both Congolese and American citizens based on reciprocity.  With presidential advisors, she discussed America’s prosperity agenda and ways to address the insecurity in eastern Congo.

On May 8, Ms. Higgins visited the U.S. Embassy’s flagship English language program, the Congo-American Language Institute (CALI), as well as the American Corner at UPC. She attended an English language class and learned about U.S.-Congolese exchange programs and Embassy-supported English language resources for Congolese.  She was impressed with the enthusiasm and dynamism of the Congolese participants in the program.

On May 9, at a lunch hosted by Ambassador Mike Hammer, female parliamentarians spoke with her about strengthening ties with the United States, promoting women’s rights, the urgency of fighting corruption and ending impunity in the DRC, environmental degradation, human trafficking, and empowering youth.  “What I heard was the energy and thoughts coming from their hearts about their aspirations for their country,” remarked Ms. Higgins.  “I heard that they really wanted to make their country the kind of place where their children can have success and have a bit more prosperity.”

She also discussed the ongoing efforts to contain the ongoing Ebola outbreak with USAID Disaster Assistance Response Team and experts from Center for Disease Control and Prevention based in the U.S. Embassy in Kinshasa.