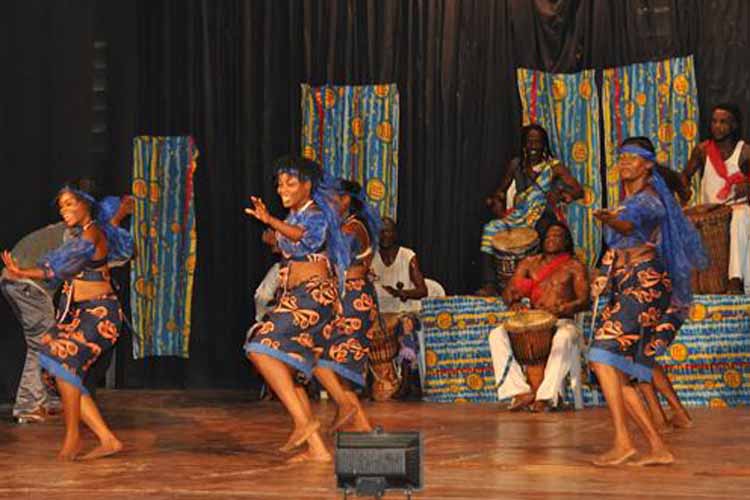 Embassy Kinshasa sponsored Rhythm in Motion, a musical and dance performance that commemorated Black History Month and highlighted the contributions of Africans and African-Americans to mainstream American dance.  Over 300 people attended the event on March 1, 2014. The performance included Congolese drummers, dancers and student musicians.

The dance performance illustrated the influence of African culture on American culture by tracing the evolution of dance from the slave ships of West and Central Africa bound for Caribbean  to the plantations of the American South and finally to night clubs of urban North.  Africans along the way absorbed elements of other cultures and transformed them into new dance styles.  Today African rhythms and dance characteristics can be seen throughout American dance because of the cultural contributions of African-Americans.

The well received performance was not only entertaining but also educational as it provided audience members information on the shared cultural history between Africa and the United States.