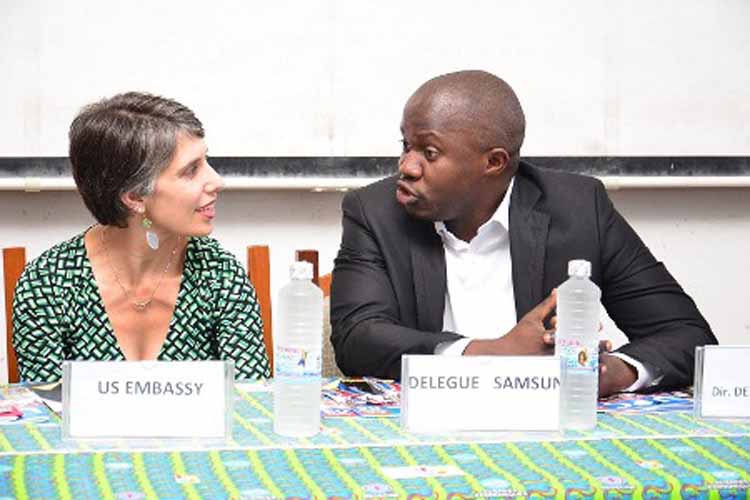 On January 29, 2015, PAO Ellen Masi was an honored guest at the official launch of the fourth edition of the Protestant University of the Congo’s (UPC’s) student magazine “UPC Today”.  Ellen’s remarks highlighted the importance of English in the world today, a subject that was also featured in the article she was asked to write for the magazine. Ellen highlighted the mission’s American Spaces program with its two Kinshasa-based American Corners, its three American shelves outside the capital, the English Access Microscholarship program, and the Congo American Language Institute (CALI) English satellite classes and their direct impact on the UPC student community as well as the  public in the area. Ellen’s remarks not only highlighted the importance of English learning but also concrete examples of the Mission’s efforts to provide Congolese with those skills.