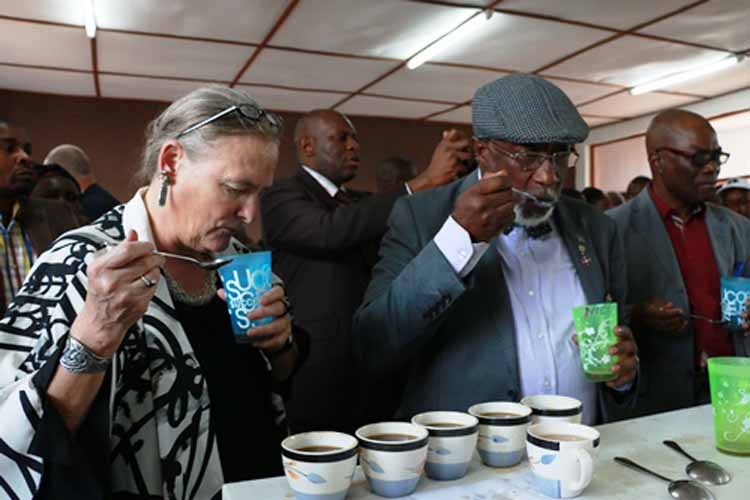 Governor of South Kivu Marcellin Cishambo and USAID/DRC Mission Director Dr. Diana Putman participated in a tasting session during the inaugural ceremony. According to Dr. Diana Putman, the new center will allow ONC-Bukavu to control coffee before exportation. It is also a venue to train a new generation of coffee tasters.

The project is Kahawa Bora Kivu has already provided training to 15 tasters including 6 from ONC and 9 from coffee grower cooperatives. In addition, the project also financed the construction of three washing stations that help process coffee cherries and produce a coffee of improved quality. Kahawa Bora Kivu worked with coffee farmers and local cooperatives providing sound agricultural techniques.