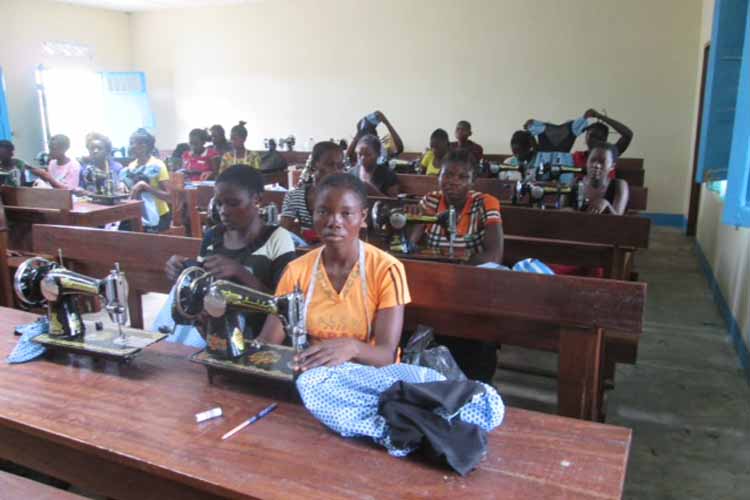 The Centre d’Encadrement des Filles Meres,  located in Tshikaji, near Kananga (Kasai Occidental), is a small training center for single mothers, supported by the Embassy’s Special Self-Help Fund in August 2014  along with five other groups. 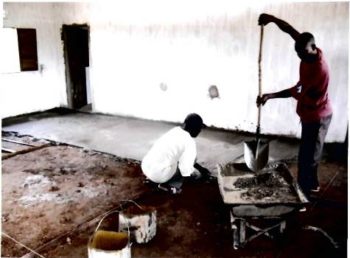 The center has been functioning since 2007.  Over the years, 198 ladies have graduated from a 12-month program of literacy, business math, hygiene, French and sewing.  Upon graduation, each student receives a new portable, manual sewing machine.  For many years, this little center met in borrowed space, with tin walls and a dirt floors.  The students kept coming and each year a class graduated and another group of unemployed women began their training.  Last year the center received funding to construct a permanent building, which would allow the center to have its own building and a secure place to keep the machines and sewing materials.

In August 2014, Ambassador James Swan signed a contract providing $6,270 to complete the center.  The funds were designated to plaster and paint the walls, put in ceilings, pour cement floors, and construct latrines for the center.  The center was completed by November of 2014, and in January of 2015 a new group of ladies began their training in a lovely clean, well ventilated, and well lit room.