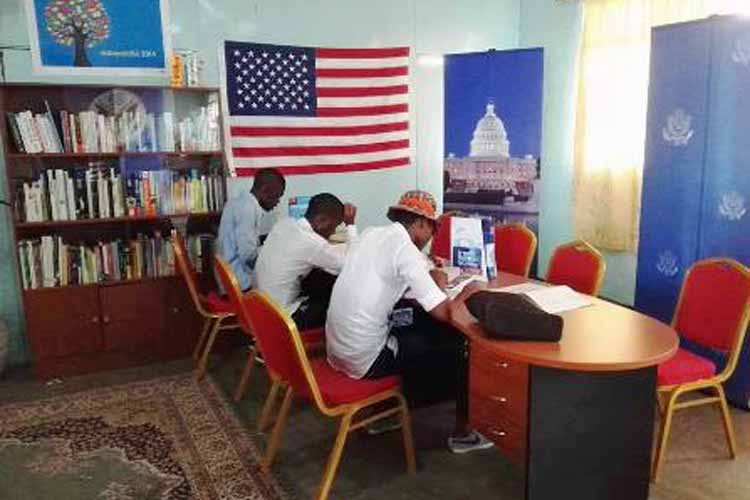 The U.S. Ambassador to the Democratic Republic of the Congo, James C. Swan, inaugurated the American Space in Goma, Nord Kivu province on Wednesday, March 23, 2016 in partnership with La Maison des Jeunes.  Ambassador Swan and Father Wilvin Alberto Rodriguez officially signed the Memorandum of Understanding and cut the ribbon to open the American Shelf.  An audience of over 100 people attended the ceremony.

In his inaugural speech, Ambassador Swan emphasized that the American Space is a place that will reinforce relationships between the United States and the Democratic Republic of the Congo by providing the people of Goma an opportunity to know and understand the United States.