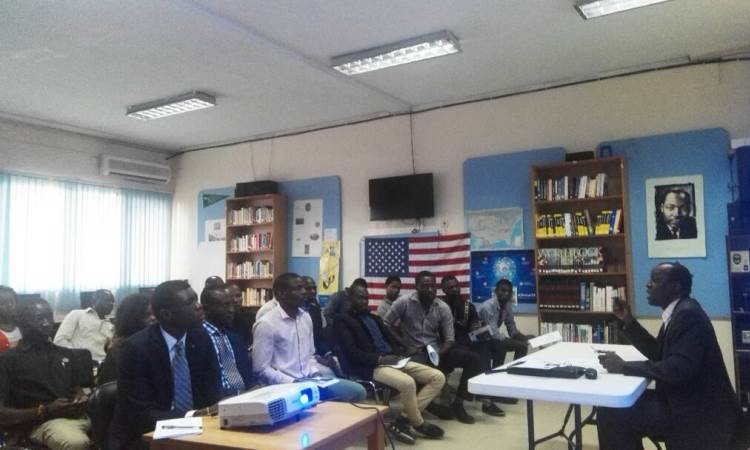 On July 20, 2017, Professor Kiangu Sindani, a former Fulbright Visiting Scholar, discussed his new book, Les Cultures Régionales et Ethniques Aux États-Unis, at the UPC American Corner with an audience of 30 Congolese youth from various professional backgrounds. His book explores diversity in the United States and results from his participation in two exchange programs, IVLP (1990) and Fulbright (2007). During the discussion, he called his book “a piece of his U.S. exchange programs brought to Congolese youth.” Professor Kiangu described ethnicity in the United States as a beautiful “rainbow of colors,” with each ethnicity finding a harmonious role in society. The discussion also addressed some of the difficulties of cultural assimilation in the United States.

In concluding the event, several audience members noted that Congolese should learn more about the United States’ experience in cultural integration and replicate best practices in the DRC.