Home Page d'accueil | News & Events | For the first time since 2018, there is no active Ebola outbreak in the DRC 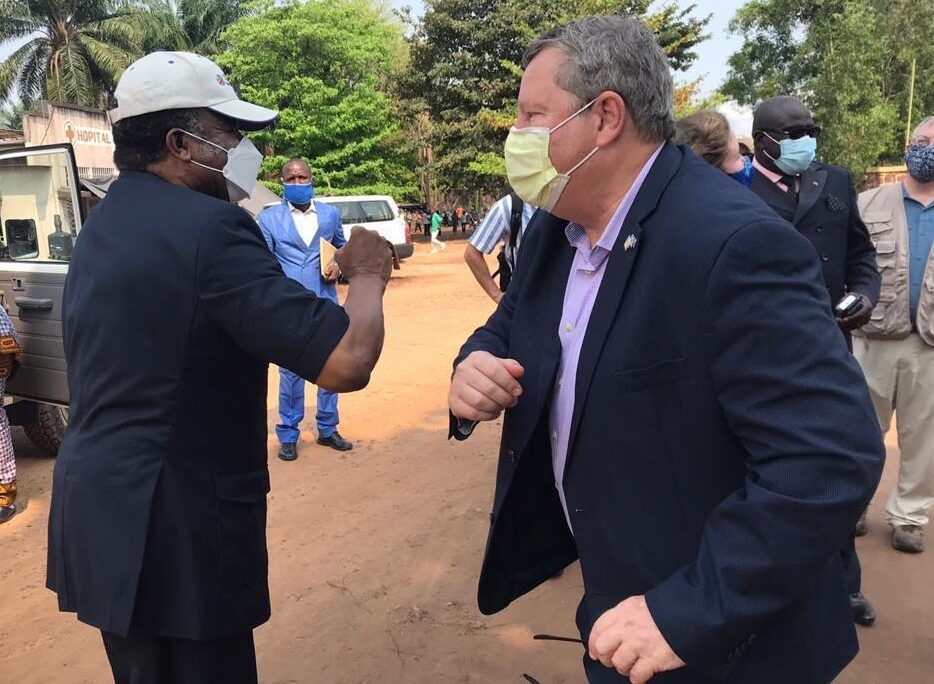 The DRC Government has formally declared an end to the 11th Ebola outbreak, in Equateur Province, marking 42 days since a new case of Ebola was registered there. This success follows the conclusion of the 10th Ebola epidemic – the 2nd largest in history – in Eastern DRC in June 2020.

The U.S. is the DRC’s largest partner on global health support, providing direct humanitarian assistance, technical expertise — epidemiologists, laboratory specialists, logisticians, and health communication experts, and partnering with Dr. Muyembe and the INRB on diagnostic laboratories and on the clinical research that led to the creation of an Ebola treatment that has played a key role in closing the door on both of these Ebola outbreaks.

Ambassador Hammer visited Mbandaka in September with his fellow Ambassadors from Canada and the UK. During this visit and in subsequent media interviews, Ambassador Hammer highlighted the need to put an end to the “Ebola Business” that sees profiteers enriching themselves at the expense of their fellow citizens who are truly in need. The rapid conclusion of the outbreak in Equateur shows how effective we can be together when we can focus our efforts on helping those in need rather than having resources go to line the pockets of unscrupulous actors.

The end of the outbreak in Equateur is a major success but the work in Equateur on Ebola is not done and we will continue to play a lead role in the 90-day enhanced surveillance to ensure a rapid response to any possible flare up of the disease.

There also remain health challenges in other parts of the DRC that need sustained attention to ensure the healthy population that can build the economic prosperity the DRC merits.

As we put these Ebola outbreaks behind us, it is appropriate to note that the United States has provided more than $1.6 billion in assistance for healthcare in the DRC during the past 20 years, providing support on preventing and treating malaria and HIV/AIDS, maternal and child health care, and for strengthening the country’s healthcare system. Our partnership is about much more than combating Ebola. It is about working together through the Privileged Partnership for Peace and Prosperity that outlines our shared goals, including: to ensure the healthy population that the DRC deserves and that will be able to move the country forward to a future of economic prosperity.

The US has provided than $366 million in humanitarian assistance to combat Ebola in the DRC and more than $600 million overall, including more than $23 million for Equateur.