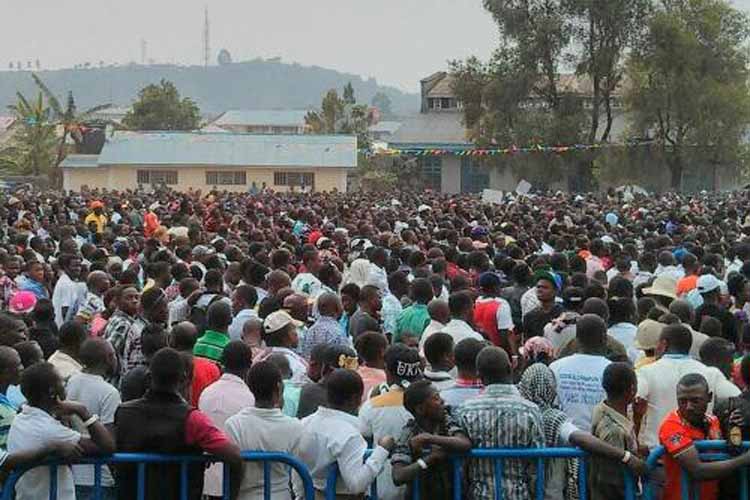 The Amani Peace Festival, which was partially funded by a grant from the U.S. Embassy, was held from February 14th-16th in Goma, North Kivu.  The Festival was organized by local residents who believe that community must play a central role in promoting peace and security in their region.  The concert was extremely successful, drawing huge crowds of over 7,000 people from the DRC, Burundi and Rwanda to the venue.  Over the course of three days the featured diverse group of dancers and musicians from the DRC, the Great Lakes Region and abroad.

The Embassy’s support of the Amani Peace festival demonstrates the importance that culture, notably music and dance, can play in a post-conflict society.  Helping to encourage a cultural environment that contributes to regional exchange, social cohesion and reconciliation supports stability and security in the war-torn East.  Culture plays an influential role in sensitizing youth to messages of peace, forgiveness.   The Amani Music Festival was able to bring thousands of Goma’s citizens together to hear messages of change and renewal coming from Congolese musicians who for many have become role models.  Lastly, the Festival underlined the importance of community participation and engagement in the construction of a peaceful future for the region.

In addition to the music, the festival also included representatives non-governmental organizations (NGOs) working in Goma and North Kivu.  NGO representatives distributed informational material to concert goers in order to sensitize the community as to the services and programs provided.  Over 30 NGOs were represented.