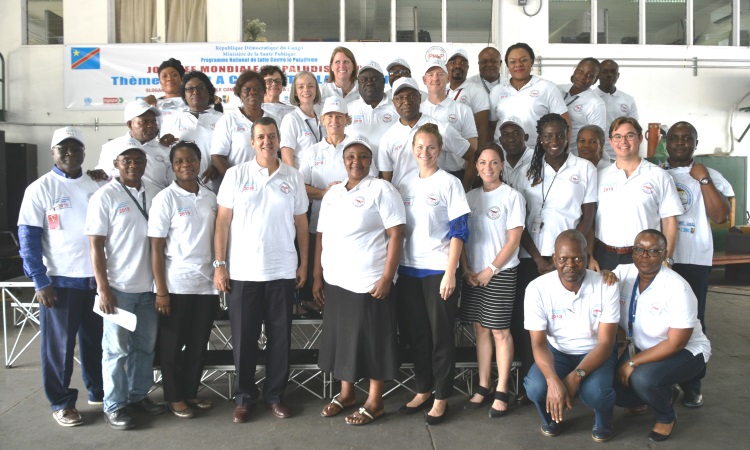 Celebration of the 2018 World Malaria Day

On April 25, 2018, the Foreign Service National (FSN)-led local Staff Care team in coordination with the U.S. President’s Malaria Initiative (PMI) team at the USAID/DRC Mission observed the World Malaria Day by holding an event for the entire U.S. Embassy Kinshasa community to raise awareness on how to prevent, diagnose and treat malaria. The Chargé d’Affaires Jennifer Haskell and USAID Mission Director Christophe Tocco attended the event which featured presentations, a skit, Q&A session with prizes, and PMI implementing partners stands.

During the event, each FSN received a bed net and viewed demonstrations on how to properly diagnose and treat malaria.

In close collaboration with many partners and countless communities in the DRC, PMI has sustained its focus on the scale up of proven, cost-effective interventions for over 30 million Congolese, such as insecticide-treated nets, intermittent preventive treatment for pregnant women, and rapid diagnosis and treatment for confirmed cases. This has been a major driver in the decrease of child mortality in the DRC by 34 percent since 2007. On the World Malaria Day, the DRC Staff Care and PMI teams wanted to focus on local staff who are equally affected by the disease.