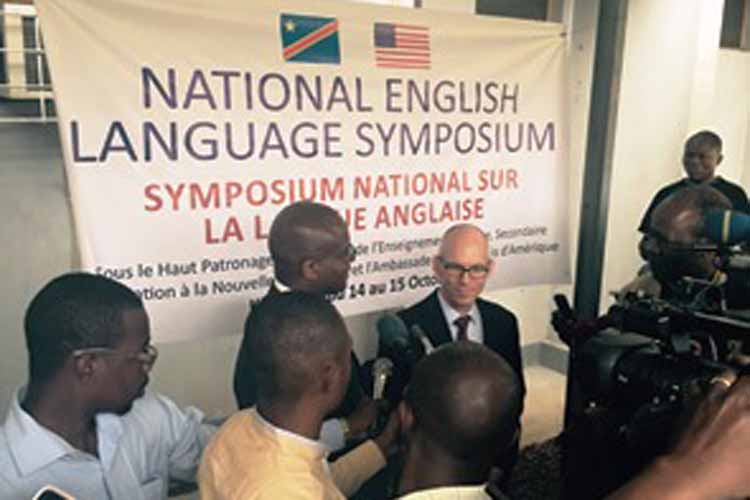 U.S. Ambassador James C. Swan, and Minister of Primary and Secondary Schools Maker Mwangu Famba, officially opened the National English Language Symposium (NELS) on October 14, 2015 in Kinshasa, Democratic Republic of Congo. NELS was organized by Dr. Bryce Smedley, Senior English Language Fellow with Congo American Language Institute (CALI), a part of the U.S. Embassy of Kinshasa which sponsored the two-day symposium. Sixty delegates from around the Congo were in attendance.