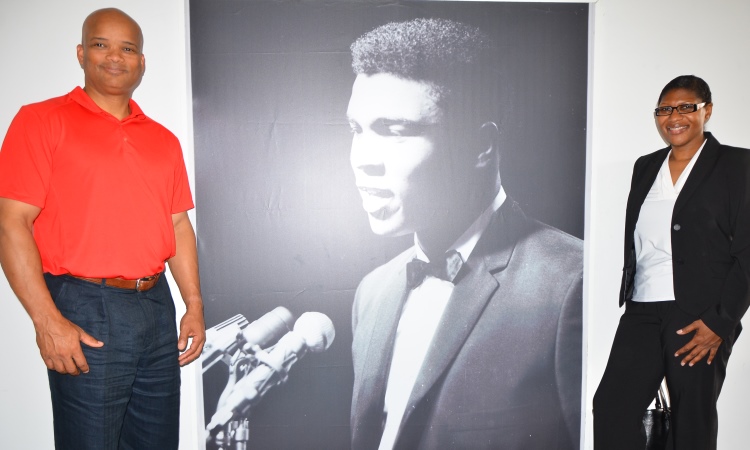 Ahead of his public lecture in Kinshasa, NASA astronaut Robert Curbeam participated in the re-opening ceremony for the American Corner  Limete after an extensive refurbishment and several technical upgrades. The new Priority American Space, named after Muhammed Ali and located within the Urban Library of Kinshasa, includes new computers, iPads, and a 3D printer. The provincial Minister of Education, Culture, and Art addressed the audience, highlighting the value the facility provides residents in and around the Kinshasa neighborhood of Limete, as well as those of the greater Kinshasa area. Making full use of the facility’s technical capabilities, 100 of Embassy Kinshasa’s English Access Microscholarship students conducted a series of NASA-produced science projects with guest of honor Curbeam sitting in. The students conducted the experiments under the tutelage of IVLP exchange alumna, Thérèse Izay, and enjoyed a DVC with their fellow ACCESS students from Lubumbashi in southern DRC. The Muhammed Ali American Corner will host a wide array of activities, including film screenings, English courses and club meetings, and exchange alumni meetings and activities.