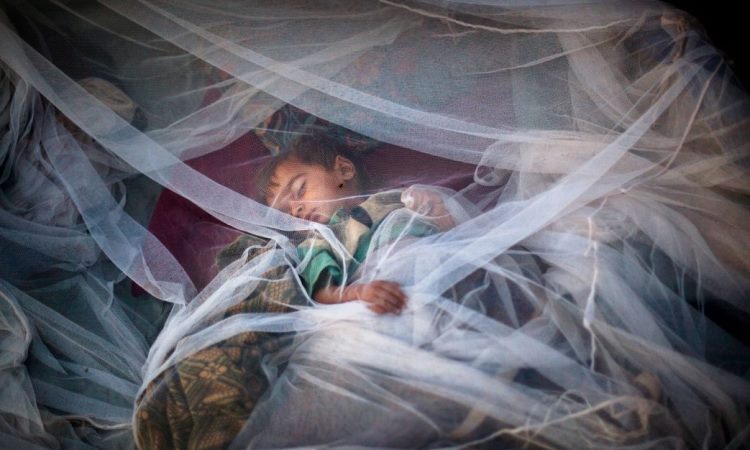 Ending Malaria for Good is a Sound Investment —

Global progress in the fight against malaria since 2000 has been truly historic, and the U.S. Government has played a key role in this achievement. The World Health Organization (WHO) estimates that more than 6.8 million malaria deaths were averted worldwide between 2001 and 2015, primarily among children under five years of age in sub-Saharan Africa.

Mortality among children under five has reduced by 30 percent in Democratic Republic of the Congo as a direct result of collective investment and action by the government, donors such as the United States Government, communities, and partners.

As we commemorate World Malaria Day on April 25, we celebrate this success.  As the world’s leading donor in global health and the largest bilateral donor in DRC, the United States is strongly committed to working with our partners to intensify efforts to end malaria for good.

The U.S. Government is unwavering in our commitment to ending the scourge of malaria, especially since the launch of the U.S. President’s Malaria Initiative (PMI) in 2005.  The Initiative operates in 19 of the highest-burden countries across sub-Saharan Africa, including Democratic Republic of the Congo as well as two countries and a regional program in Southeast Asia and other countries.  The Initiative is led by the U.S. Agency for International Development (USAID), and implemented together with the U.S. Centers for Disease Control and Prevention (CDC).

As a result of PMI’s support, hundreds of millions of people have benefited from protective measures against malaria and hundreds of millions more have been diagnosed and treated for malaria. PMI works with ministries of health, national malaria control and elimination programs, partners, and communities to ensure that insecticide-treated bed nets are delivered to households, expecting mothers and their newborns are protected from malaria, every suspected case is tested, and confirmed cases are treated promptly.

To date, PMI has donated to Democratic Republic of the Congo and other countries more than 227 million long-lasting insecticide-treated bed nets, 306 million rapid diagnostic tests, 421 million doses of highly effective medicines, and 65 million sulfadoxine-pyrimethamine treatments to prevent malaria in pregnancy, in addition to training thousands of people on case management, preventive treatment for pregnant women, and indoor residual spraying operations.

PMI builds on investments made by other partners to improve and expand malaria-related services, including grants from the Global Fund to Fight AIDS, Tuberculosis, and Malaria and the United Kingdom’s Department for International Development, and others.

About half of the world’s population lives in areas where people are at risk of contracting malaria through the bites of infected mosquitoes, with sub-Saharan Africa bearing a disproportionately high share of the global malaria burden.  In 2015, the region was home to 90% of malaria cases, and 92% of malaria deaths.

Worldwide, a child dies every two minutes from the disease.  This year, malaria will kill more than 400,000 people.  The vast majority will be young children in sub-Saharan Africa.

Malaria control is central to improving child survival and maternal health, and contributes substantially to eradicating extreme poverty and improving educational outcomes.  Many children and adults are infected with malaria many times a year.  In sub-Saharan Africa, malaria further entrenches poverty and intensifies food insecurity by stealing farmers from fields and forcing kids out of classrooms.  Less malaria means fewer days missed at school and work, and thus more productive communities.  Experts estimate a $40 return for every dollar invested globally to reduce malaria, and a $60 return for every dollar invested in sub-Saharan Africa.

The 2016 World Malaria Report reaffirms the urgent need to reach all people at risk of the disease with effective, life-saving prevention tools and effective diagnosis and treatment.  Whether countries are still scaling up core malaria control interventions or have largely achieved scale, sustaining and building on prior achievements must be central to PMI’s efforts in the coming years.  Diverting our focus will result in a resurgence of malaria morbidity and mortality, risking the extraordinary progress achieved to date and the substantial investments made thus far.

I want to acknowledge my colleagues and counterparts in the Democratic Republic of the Congo, who work tirelessly in communities every day across the country.  You are making possible our dream of ending malaria.  But we can’t do this alone.  Donor resources alone are not sufficient to reach our targets.  We need innovative approaches to financing and increased engagement by the private sector.  I call on all partners, businesses, and communities to join our efforts to end malaria in Democratic Republic of the Congo, and worldwide, once and for all.