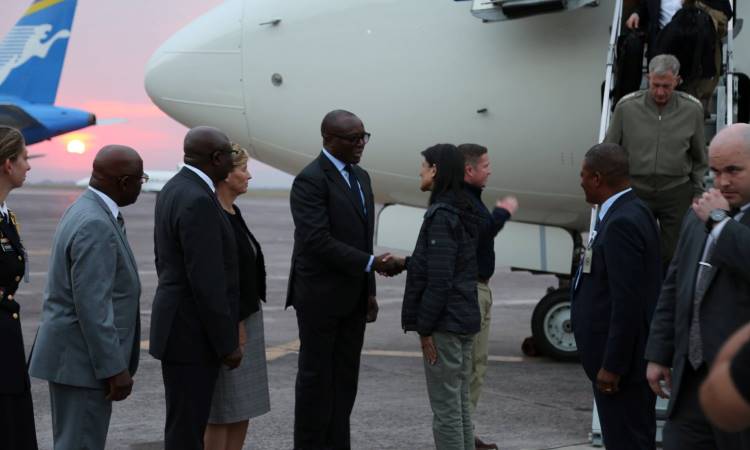 U.S. Ambassador to the United Nations, Nikki Haley, arrived today in Kinshasa! Here some pictures of her welcome at the airport!

Ambassador Nikki R. Haley is the United States Permanent Representative to the United Nations and a member of President Donald Trump’s Cabinet. Prior to her service at the United Nations, Ambassador Haley served as Governor of South Carolina and chief executive of a state government with more than 67,000 employees and an annual budget of more than $26 billion.

Under Haley’s leadership, South Carolina’s economy flourished. Haley visited foreign countries including India, Sweden, France, Germany, and Japan on economic development missions to recruit jobs and investment for South Carolinans. She negotiated deals with some of the largest corporations in the world and convinced them to make South Carolina their home.
Born in Bamberg, South Carolina, the daughter of Indian immigrants, Haley’s first job was keeping the books for her family’s clothing store —at the age of 13. She is a proud graduate of Clemson University. Haley and her husband, Michael, a Captain in the Army National Guard and combat veteran who was deployed to Afghanistan’s Helmand Province, have two children, Rena, 19, and Nalin, 15.