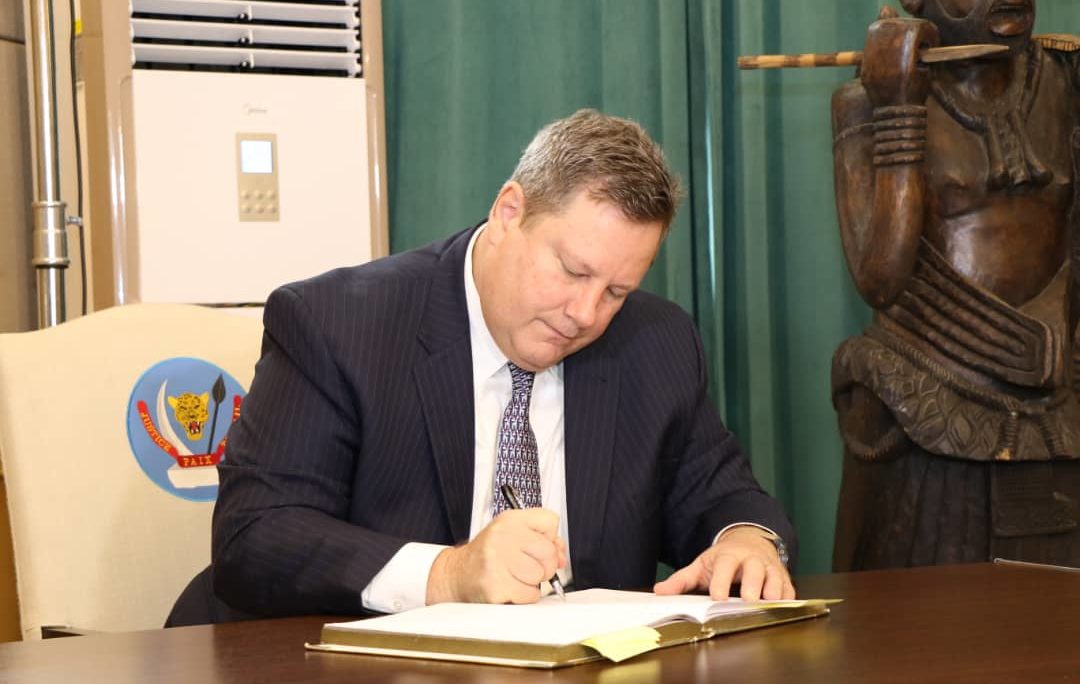 Ambassador Mike Hammer presented his credential to President Joseph Kabila and assumed full duties as U.S. Ambassador to the Democratic Republic of the Congo on December 22, 2018. In the official Livre d’or, Ambassador Hammer wrote:

It is a deep honor and privilege to represent the United States as Ambassador to the Democratic Republic of the Congo—a country of dynamic people and strategic importance.

The United States values the enduring partnership and friendship between our two nations dating back to the establishment of our diplomatic relations after Congo’s independence in 1960.  Recognizing that we are at a historic moment in the Congo’s history as the country nears elections that could represent the first peaceful and democratic transfer of power, the United States stands ready to support.  A credible and transparent election would provide an opportunity to open further avenues of cooperation between our two countries.

Much like our decades long cooperation on health issues has succeeded in containing past outbreaks of Ebola even as we struggle together to contain a current one, together we have saved countless lives. It is that spirit of cooperation that informs my mission. A mission focused on strengthening the bond between the American and Congolese people as we share an interest in promoting democratic principles, prosperity, human rights and the rule of law.

May the future of our nations be bright, and may we find common ground to advance our mutual interests.